Difference between american vs euro boxer. 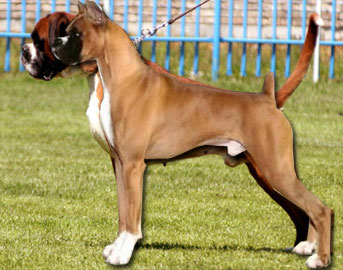 I don’t like saying “German Boxer ” or American Boxer – I prefer German Type Boxer or American Type Boxer – because there is only one Boxer and they originated in Germany and in fact under the FCI (International Federation)Standard they are called the Deutscher Boxer. For the record there is also the “British Type” as well.

They have all become very distinct from each other.

What to Get Someone Who Loves Boxer Dogs?

What is the difference between an American boxer and a German boxer? 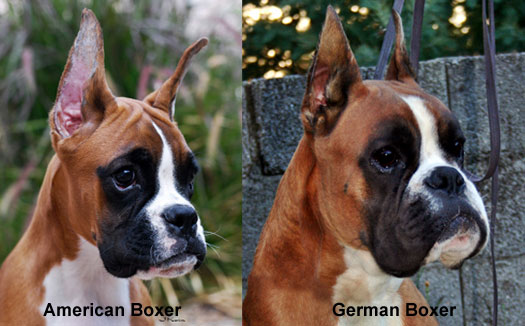 German boxers look quite a bit different from the American breed. First of all, ear cropping and tail docking have been banned in most Northern European countries, so the style of the dog has changed significantly there. Here in the United States, an owner of a German boxer could have the ears cropped and tail docked, but to remain true to the breed’s current look, many refrain from those procedures. The ears and tail modifications aren’t all that separate the two breeds. The build of the German boxer is significantly different from the American breed. 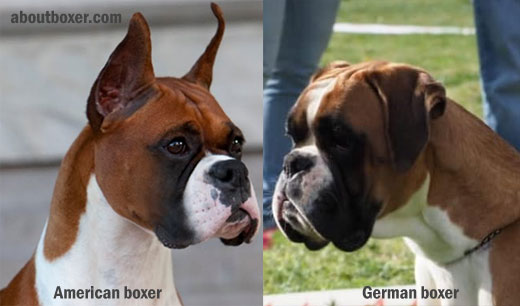 What is the difference between an American boxer and a German boxer?

The American, or North American, boxer is considered more elegant. Its neck has a pronounced yet elegant curve without extra skin. Germans (or Northern European) have a straight necks with loose skin. The body style is noticeable as well. From the side view, American boxers have more of a square look. The German breed has a much more pronounced forward-leaning appearance.

The rear of the European boxer isn’t as developed as that of the American and is actually quite a bit shorter. For some aficionados of boxers, this gives the European dogs, both Northern and Southern European, the look of being unbalanced.

European (German) Boxers are bred for what their original intent was – working.
German Boxer is much stronger, more muscular, easier to train, friendlier, and has a German accent :). 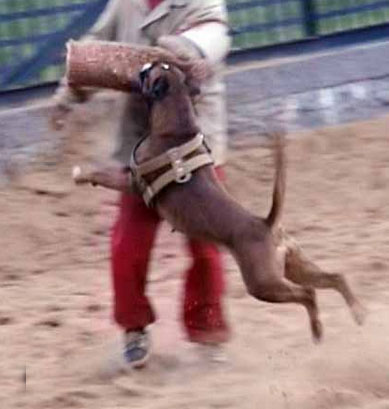 Did we miss something? If you have any extra tips, please share them in the comments below. 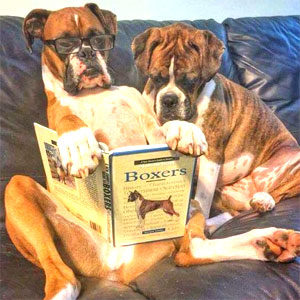